I had this beard that I grew. It kind of started as a joke, but then I didn’t think it looked half bad, so I just kept it. You’d be surprised at how much of a difference it makes when it’s really really cold (although very annoying when your moustache freezes)! And anyway, growing facial hair is about the easiest thing for me to do. I kind of can’t NOT do it: I can just stop shaving for about 30 seconds and *fwoomp* there’s a beard.

At first Sara hated the idea of a beard, but then after a day or two when it grew in all the way she didn’t say anything about it. I kind of figured that, like me, she was surprised at how good it looked! Not so. She was just silently hating at that beard as hard as she could.

Long story short, that beard is no more. So in the meantime, I’m trying out some new looks. What do you think, the James Hetfield? 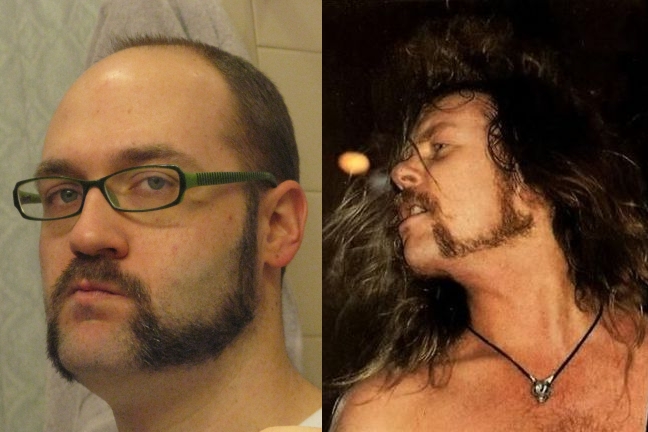 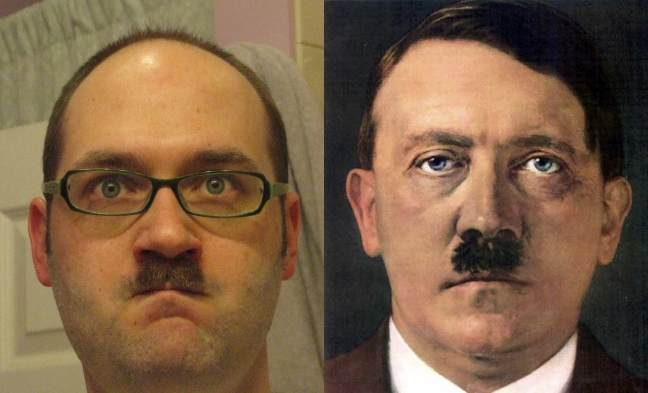 I’m hoping to one day work my way up to a full on General Burnside: 2 thoughts on “Trying out some new looks”