Evie recently drew a picture of our family: 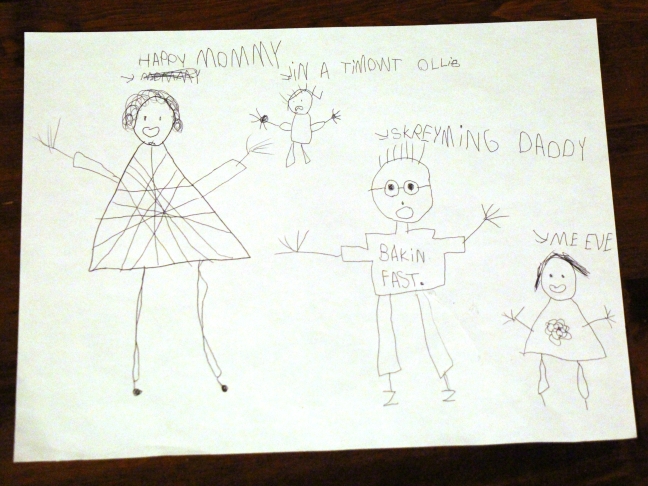 So Evie and Sara are apparently pretty happy, Ollie’s in a timeout, and I’m screaming. I’m not sure if I’m screaming in terror, or screaming at Ollie. I guess “screaming” is just how Evie sees me all the time. However, my favorite part is that I’m wearing a Baconfest shirt.

Evie is certainly no stranger to making signs or leaving threatening letters. However, I just happened across two hilarious letters she wrote awhile back, which we saved for posterity of course. I don’t believe I’ve blogged these before. This one is from Feb. 2012: 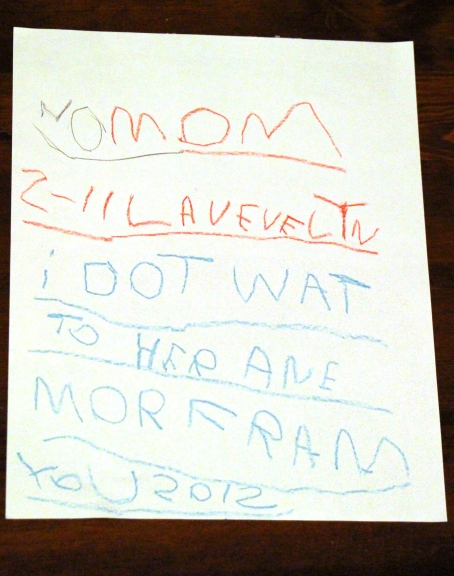 Allow me to translate:

Just to show you that one’s not a fluke, here’s another from about a year later: 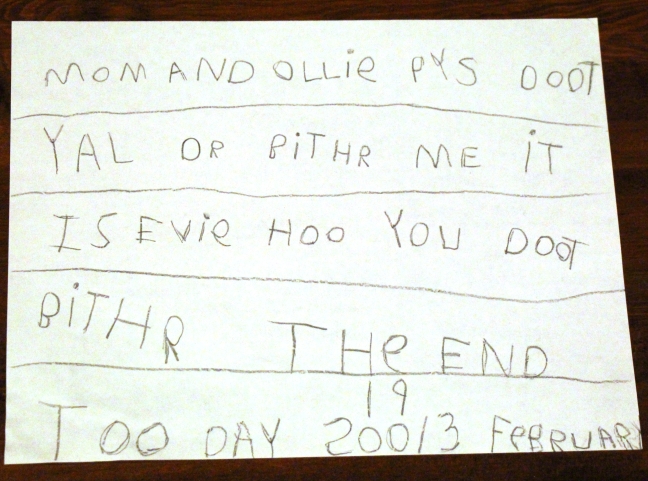 Although her spelling has gotten a lot better since then, the messages haven’t changed much. She obviously believes in the power of the written word.

I think we have a potential future blogger on our hands…