Alex is doing this thing lately where he doesn’t want to be in pictures. I don’t know if it’s a phase, or if it’s a product of being in the generation where your parents have a camera in their pockets at all times, or what.

In any case, we were just finishing up a great weekend of camping, and we wanted to get a picture of all the kids together. “I don’t want to be in the picture!” insisted Alex with his grumpiest, most adorable face. “I have an idea,” said Sara. “What if you are in the picture but you pull your sweatshirt up over your face?”

Naturally this made sense using twisted, kid-logic, and Alex quickly agreed. The kids all lined up on the metal stairs of the slide

Now, Sara had a premonition about this somehow and she was like, “He is going to fall down. Somebody hold on to him.” I’m not sure how she knew what was going to happen next, but she was right.

For some reason, with his eyes covered up by his sweatshirt, Alex was suddenly, like, totally disconnected from reality? He immediately lost his balance, but somehow didn’t know it, so he just went face first, straight down the stairs, without even putting his hands out to catch himself. It was like, without the tether of his sight, he could no longer tell up from down, or whether he were standing still or pitching forward?

(Sara says kids are not weird and not being able to balance when your eyes are closed is Totally. A. Thing. which is why she was worried about it in the first place!)

Immediately after I was more concerned with his face, since I had watched him totally face plant on the metal. But throughout the rest of the day it was pretty clear something was wrong with his thumb. He just refused to use it at all. It was obviously swollen, but we didn’t know if it were sprained, or broken, or just smooshed, or what.

But you know where this is going: 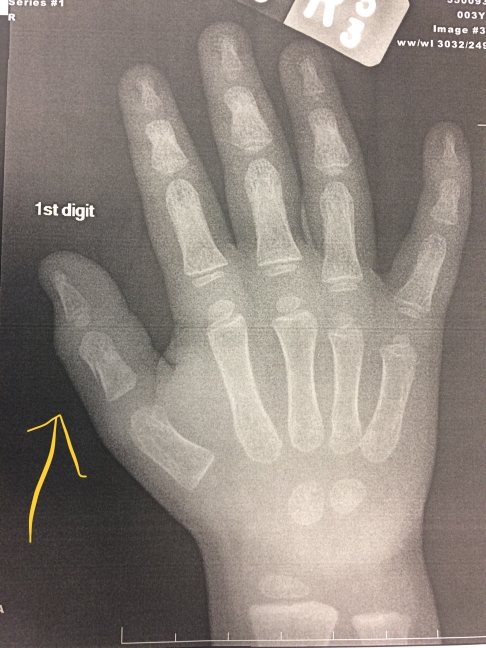 (That little fat baby hand on that x ray 😭)

You know, somehow we managed to go the last 11 years without any of the kids breaking any bones, and then suddenly in the last 6 months, not one but TWO kids breaking bones. 😦 This is a trend I would like to stop now.

Alex has been a trooper so far, but no playgrounds for 3 weeks is going to be a hard way to go into the summer. 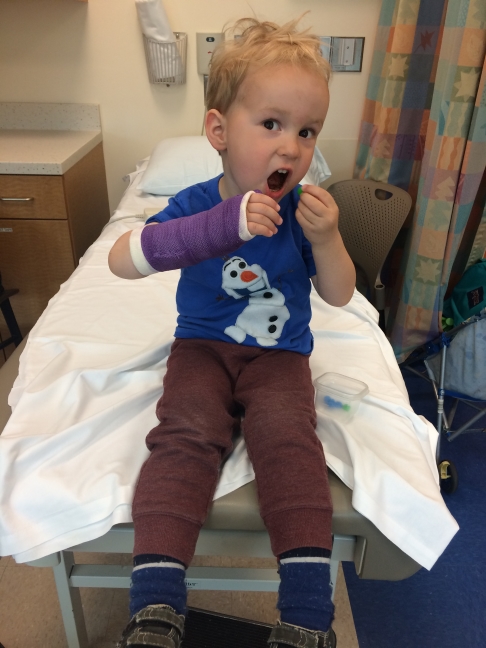