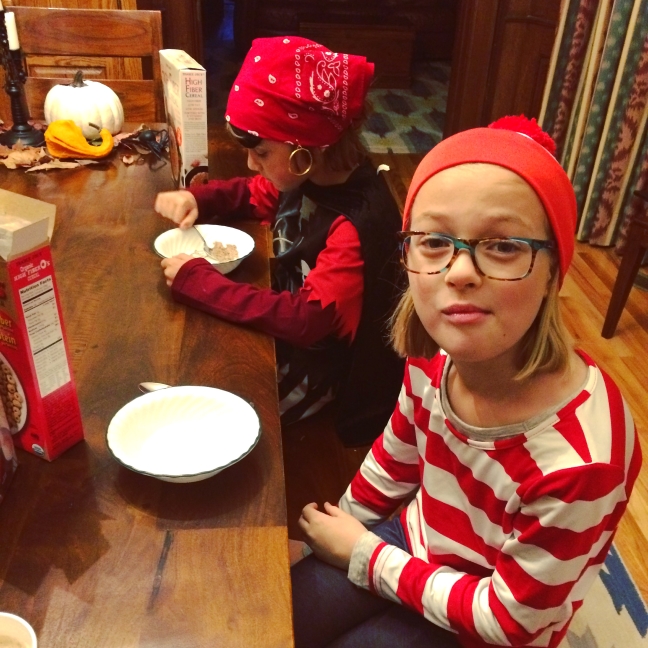 Every year I tell the kids to make the face they want for their pumpkin. Unfortunately, Alex refused to make the face for the picture (and also insisted on putting sunglasses on his pumpkin).

I went back and looked through all the pumpkins we’ve ever carved for Evelyn, and this is the THIRD TIME she has wanted a crying pumpkin (with tears!) Why does she like crying pumpkins so much?? 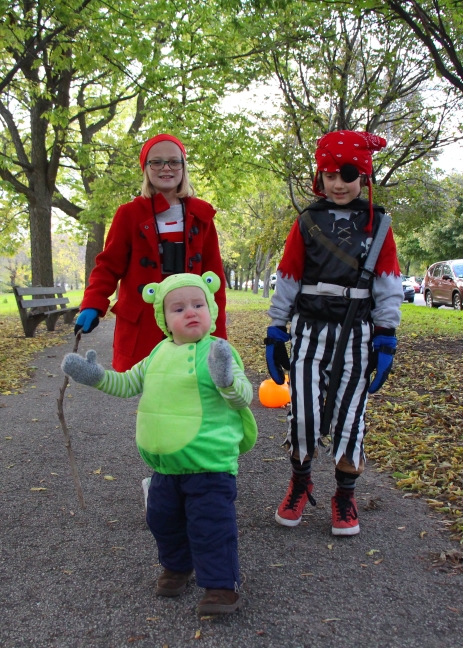 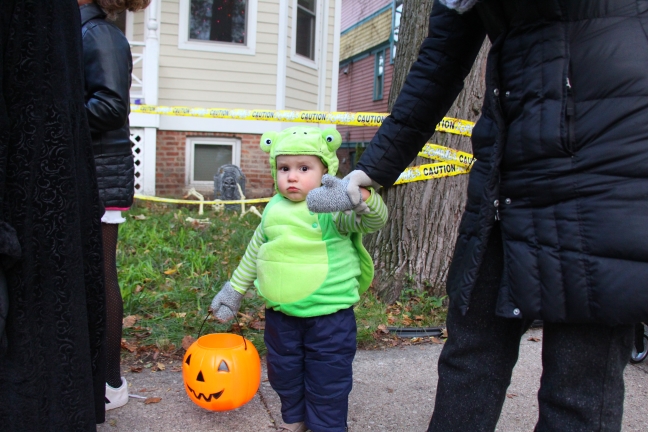 We practiced many times with Alex. Sara and I would get blocks and he would come up to us with his pumpkin, say, “Trick or Treat!”, we would give him a block and he would say, “Tank Yoo!” Sometimes he would also say, “I’m a turtle!” since we prepared him that people might ask that.

Of course when it came time, he absolutely refused to say anything, mostly just shaking his head no at the people. He did get into the spirit, though, and didn’t seem to be afraid to go right up to people.

Of course his favorite parts of the evening were seeing the giant, inflatable cats and spiders, and when the two people dressed in T-Rex costumes had a fight. What more could a boy ask for?