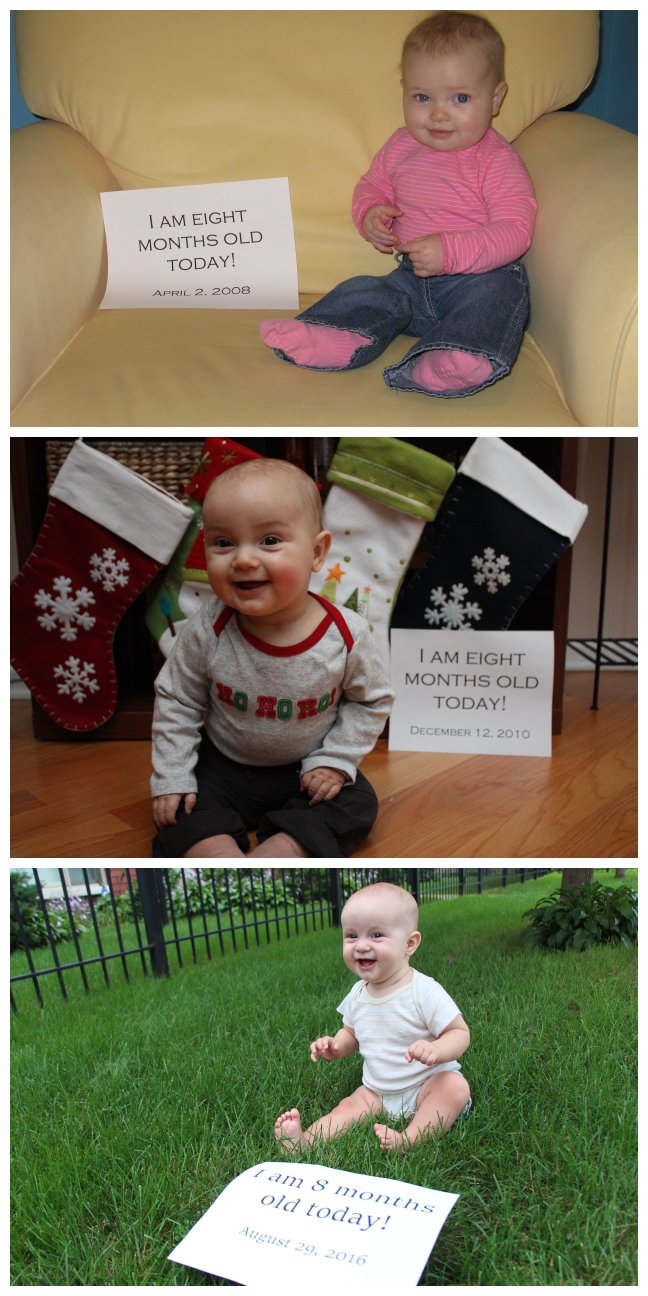 Forgive me for not getting this out in a more timely fashion, but we did take the pictures, and better late than never.

Speaking of books, that boy *loves* books. He gets so excited. Some of his favorites are Baby Shoes, Goodnight Moon, The Big Red Barn, and So Big!

He’s crawling pretty well now and pulling himself up to stand. If you hold his hands he will take steps like he’s walking.

He got his 2 top incisors now, for a total of 4 teeth, and he’s putting them to good use. He mostly likes everything we offer him, but some of his current favorites are sweet potato, a mixture of quinoa and lentils, and peach slices.

He sobs a lot when it’s time for bed, and starts getting anxious as soon as he comes out of the bath. I kind of thought this would only last a few days, but here we are a month later and it hasn’t changed.

Despite that, he’s actually sleeping pretty well in his crib at night, which has gone a long way towards getting our life back to normal! 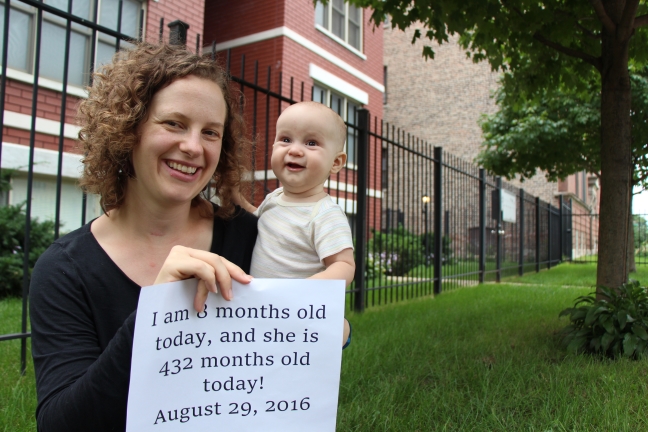