So, I mentioned we moved Ollie downstairs to make room for the baby.

When we did the same thing to Evie, we were really sensitive about it because we didn’t want her to feel like she was getting pushed out for the baby. So we tried to make her downstairs room special and exciting.

For Ollie it’s not quite the same situation, since he’s a lot older than Evelyn was when she got the boot. Even still, we wanted to do something for his room to make it special. We got him some new furniture, like we had for Evelyn, but it just felt like it needed…something.

And what good is a castle, without some knights (and a new curtain from Grandma)? 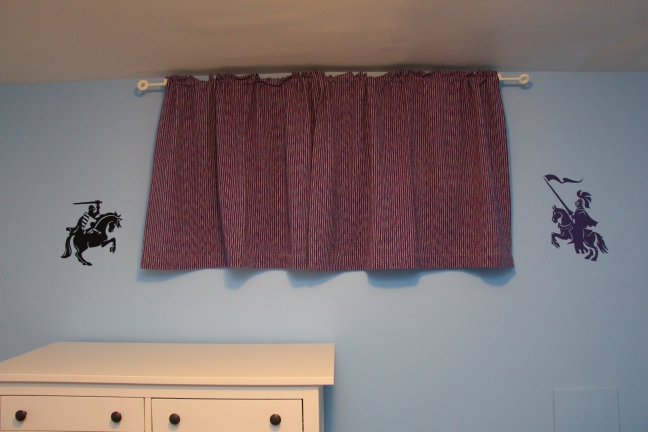 The first night Ollie slept in there he told me, “You were reading Evelyn a story [in her room], so I pretended that Evelyn was sleeping in the castle and the story was coming from the window, and I was a dead body laying outside of the castle and nobody had picked me up yet.”

What a comforting thought.

Ollie’s pretty much settled in a this point, unexplained closet noises aside. The only thing missing, was a homemade “knight costume”. 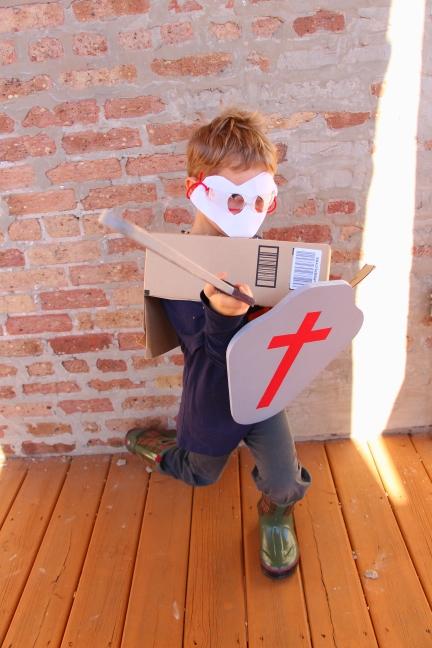