As you undoubtedly don’t remember, we hit a tremendous pothole on our way back from our vacation back in June of 2014 (yes, a full year ago). The pothole blew out our tire, bent our rim, and trashed our hubcap.

My co-worker said you could submit your receipts to the city of Chicago and they would reimburse you, since technically it is their fault for not maintaining the roads. That seemed a bit crazy, but hey, why not?

I’m happy to report that it’s true! Kind of.

Over the course of the year, they would periodically send me requests for information. Usually it was information they already had (forex, I sent my driver’s license number at least 3 times). I always dutifully sent in whatever they wanted…or at least I tried to. Often the emails would bounce and I had to send everything by snail mail. Time would pass, and I would get some other random email.

Eventually I got notice that they were offering to “settle my claim” for exactly half of my costs. Now, I have to admit, this kind of peeved me. I had sent in the receipts for what I actually paid, and they had divided them exactly in half. Clearly they can do this, because nobody would expect them to ever pay any of this money, so even half of what you are due is more than you ever expected. Naturally, I wasn’t going to take them to court over this, so what choice did I have? Clever girl.

So I caved, and signed, and took half. Low and behold, a check! 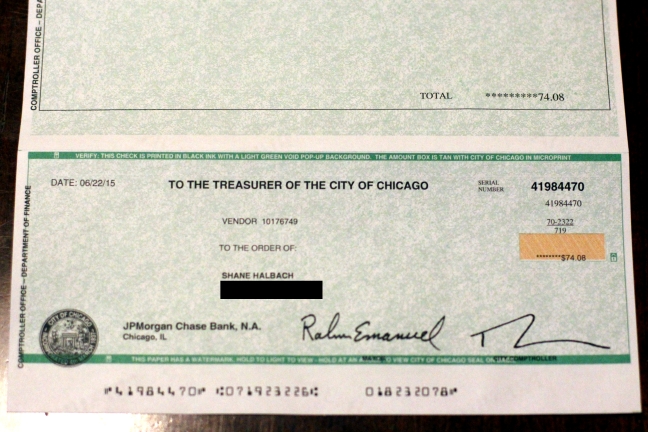 It still annoys me that you’ve got to accept half of what you’re due, but hey! I never thought I’d see a dime! Unexpected money!