Evie and I have been ice skating up a storm lately. She got skates of her own from St. Nicholas this year and, since the rink a few blocks from us is run by the parks district, it is free to skate if you don’t need to rent skates. This means it’s very easy for us to drop in whenever we feel like it, even if it’s just for 30 minutes.

All the extra practice time in the past few weeks has been paying dividends like crazy. The first time out my arms ached afterwards from holding her up and having her cling so tight. Fast forward to the last time we went, and she’s either lightly holding on to my hand and telling me to skate as fast as I can, or outright skating by herself. 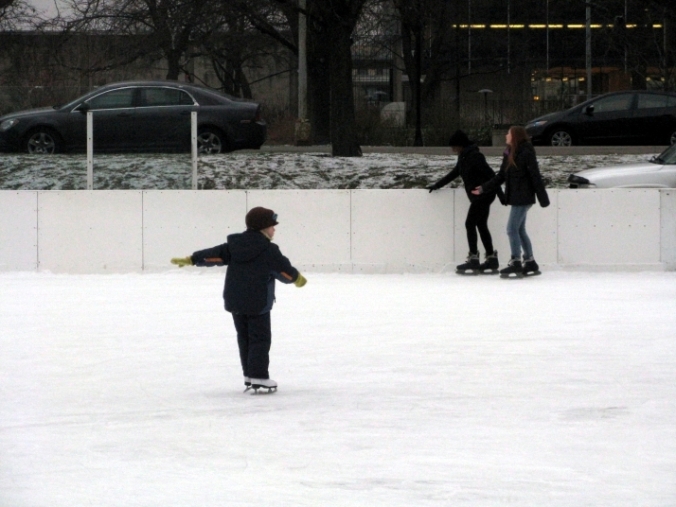 Ollie has been extremely jealous about Evie’s ice skating exploits. He has been begging and begging to be able to go. Finally we found a time for us to all go as a family, and he got his chance.

If the skates gave him that much trouble on dry land, you can imagine what he was like on the ice.

I guess I kind of forgot how hard it is to ice skate the first time out, even though it wasn’t that long ago for Evie. It was extremely difficult to take him around. He couldn’t support any weight on his skates at all and had no idea how to keep his skates together. Because he’s so short, I had to bend over double and sort of drag him by the armpits. Half way around on our first trip, my back and arms were hurting so bad I had to stop and take a rest. It was a lot more difficult than I expected.

Ollie did a great job though, and by the second time around he was already keeping his skates together and starting to put a little weight on them. He even did a little walking on his own while holding on to Sara and my hands. That’s the thing I really noticed with Evie; every minute spent on the ice resulted in an exponential increase in ability.

At the end of it all, he was happy, but *exhausted*. 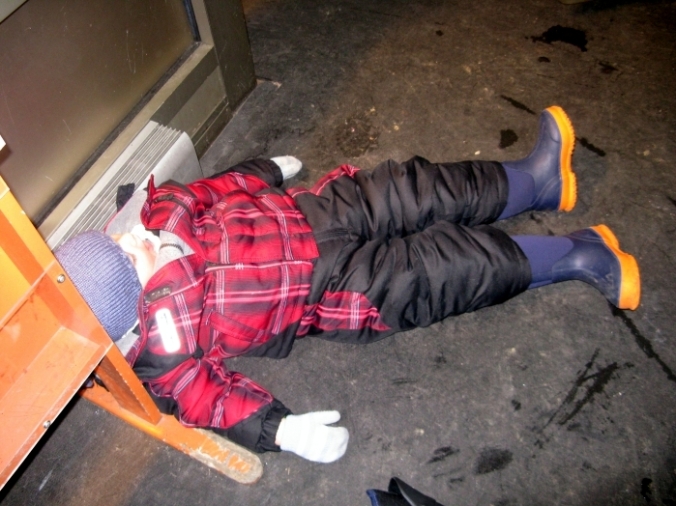