Over the weekend, Sara completed her first half marathon. 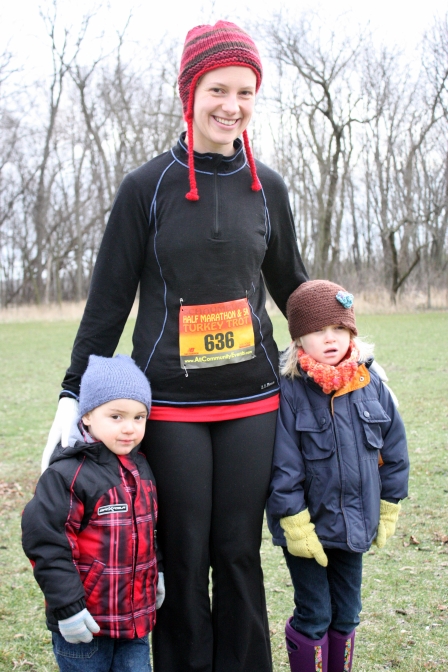 In the past six weeks, Sara completed three increasingly hard races, going from a 5k, to a 10 mile, and now to a half marathon. Even though a 10 mile is basically just as impressive, I think there is something especially psychologically satisfying about a half marathon.

One difference about this race, however, was that it was coooooold. It was about 26 degrees at the start of the race, and it felt like it, even with wool socks and long underwear. I saw a guy with literal icicles hanging off the bill of his hat, where the sweat had dripped down and frozen. At one point Ollie was staring at his gloves and said to me, “Why are my hands so cold??”

The good news is that we didn’t have to stand around in one place too long. The course was such that we were able to leapfrog Sara and meet her at about seven different locations (not counting the time I hollered “Let’s go Sara!” out the window as we drove by in the car). We would cheer for her as she passed, then hop in the car and drive to another location further along. This worked out perfectly, because it gave us something to do, and we were able to warm up in the car in between stops. And we ended up making it to more places than we planned on, so I think we were able to surprise her a few times. 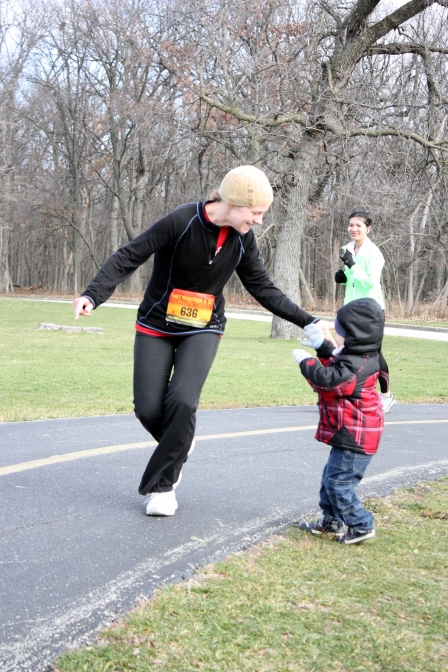 Do you notice that she’s always smiling in every running picture? Like she’s out for a nice afternoon jog, rather than finishing 13.1 miles? 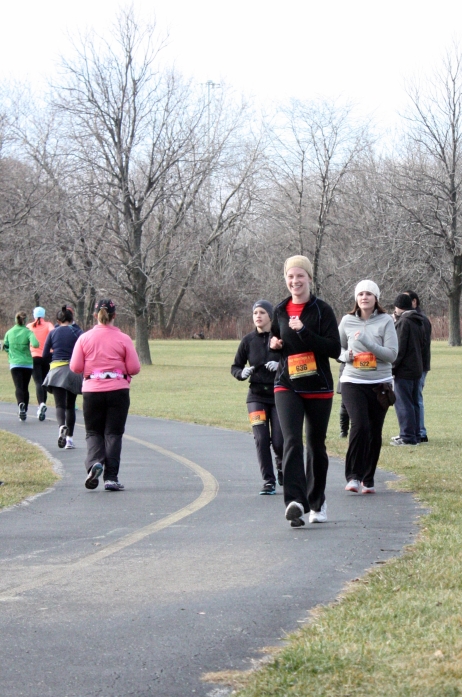 It ended up being a great day despite the cold, and everybody kept up their good mood (more or less). Sara finished in 2:36, and was only a little sore the next day.

I’m very proud of her. She started running as a hobby, but half marathons are serious business. I think Sara would be the first to tell you that she never would have imagined she’d be crossing the finish line in a big race. And certainly running a half marathon is something I could never do (or a quarter marathon, or even an eighth of a marathon).

So congratulations Sara! Your cheering section is ready for your next race!