By which I mean the Hamilton lottery, of course. The only one that counts! 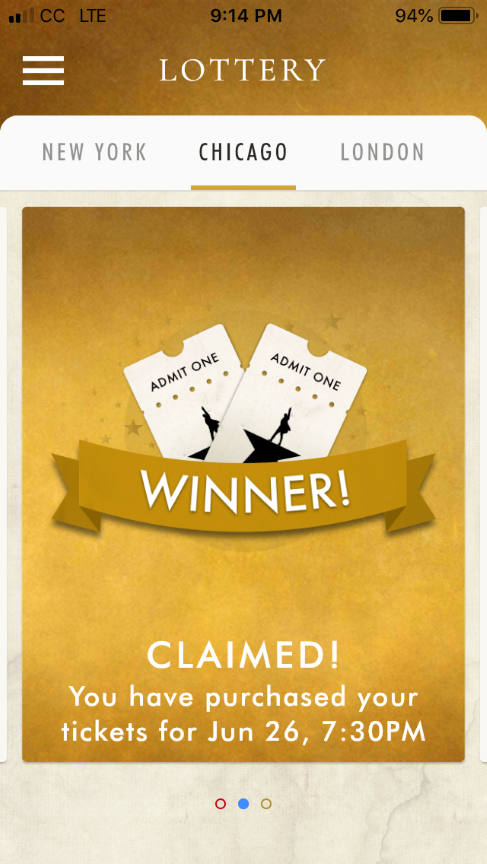 The musical has a lottery system by which you enter for a chance to win Hamilton tickets for a “Hamilton” (Hamilton is on the $10 bill). I have dutifully entered this lottery for every performance for about THREE YEARS. You can imagine my surprise when I actually won!

Not only are the tickets super cheap, but they are very good tickets. I vaguely knew they were very good, but I didn’t realize they were FRONT ROW good until we got there!

Now, I know what you’re saying: haven’t you seen Hamilton before? Yes. *ahem* Three times before. BUT I ASK YOU, who would appreciate these seats more than me? 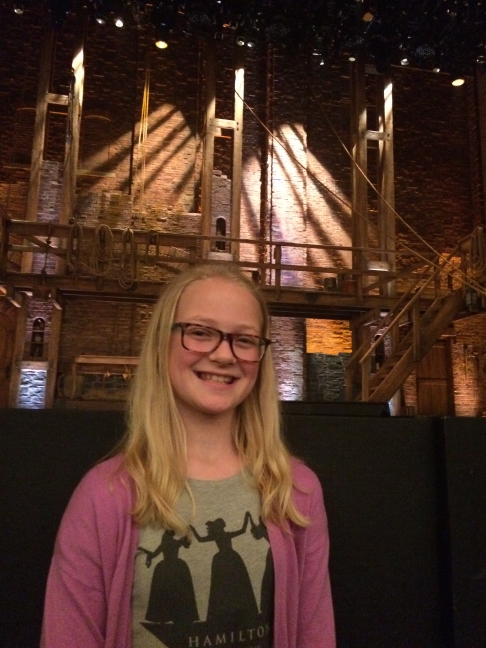 Okay, maybe one person, but I brought her with me!

Being this close was a TOTALLY different experience seeing the show, and really just unlike anything I have ever experienced. The seats are not good for actually seeing the show in the sense that you are almost too close. Anything that happens near the back of the stage is not visible. (Although it was really funny when they were on the rotate-y stage thing because you couldn’t see it and it seemed like they were just floating along by magic!)

Given that I’ve seen the show a number of times before and know the story and music forwards and back (and can probably “see” it with my eyes closed at this point), that wasn’t really a problem for me personally. And it was vastly, vastly outweighed by the awesomeness of how close people were when they came to the front of the stage. Aaron Burr in particular comes out to the very front often, and when he did, he was an arm’s length from me, at most.

I mean, I was so close I could have reached over and played the piano! 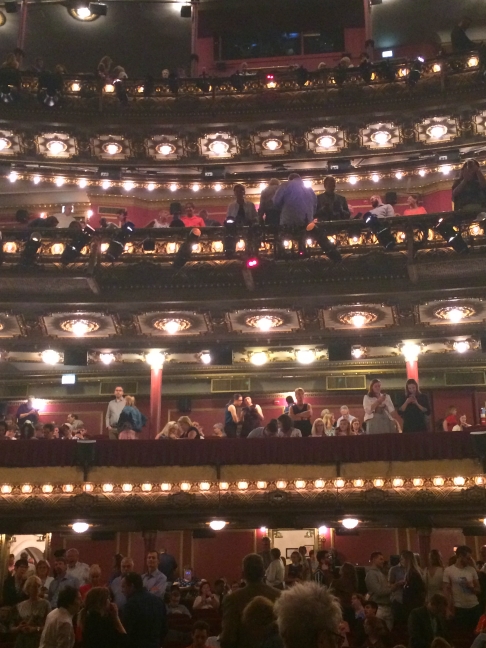 Oh hai there, where did you come from?

The thing is, there are so many things you notice when you’re that close. The acting is so much more pronounced when you can see their faces! And there are these moments with the crowd: sometimes they would lock eyes with someone and just give them a look. For example, there was one part where one of the dancers came up from the orchestra pit, and he kind of startled the woman sitting just to my right. After that he kept like winking at her and stuff. It was great! But you totally wouldn’t have even known that was happening if you were even a few rows back.

There are a million little things you can’t see unless you’re that close: little, hilarious quirked eyebrows, or expressions of grief, or tons and tons of sweat and spit. Seriously. We didn’t get spit on, but people on either side of us did.

Okay, but that got me thinking about what consummate professionals these people are. This is just a random Wednesday night, and each and every one of them is giving it their all, selling it with emotion, sweating it out, singing so hard their faces are turning red. FOR THE SECOND TIME THAT DAY! Just absolutely bringing it, nonstop (you see what I did there?) 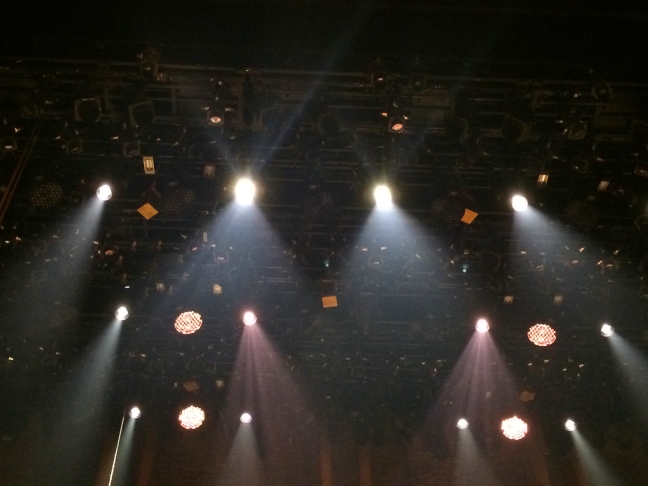 LOOK AT HOW MANY COMPLICATED LIGHTS ARE UP THERE!

Another funny thing about being so close is you really just focus on the most random things. Like there is a person dancing two feet in front of you so you’re just staring at them, unable to look away. And then all of a sudden you’re like, “Oh, there is singing on the other side of the stage, what am I doing?!”

Anyway, the whole experience was utterly magical, and easily one of the best nights of my life. When it was over I was extremely reluctant to leave and just kind of lingered by the stage, hoping to prolong the magic. I’ve probably never been that close to ANY musical act, but to have it be the greatest musical of all time…

Thank you Hamilton lottery for giving us a night we will never forget!!

2 thoughts on “In which I win the lottery”