I’m a little behind on posting this, but back before school started, Sara and the kids had one last end-of-summer hurrah to Santa’s Village Azoosment Park (and no, before you ask, they really do call themselves an “azoosment park”).

Alas, they went during the day so I was unable to go, but by all accounts a good time was had by all. 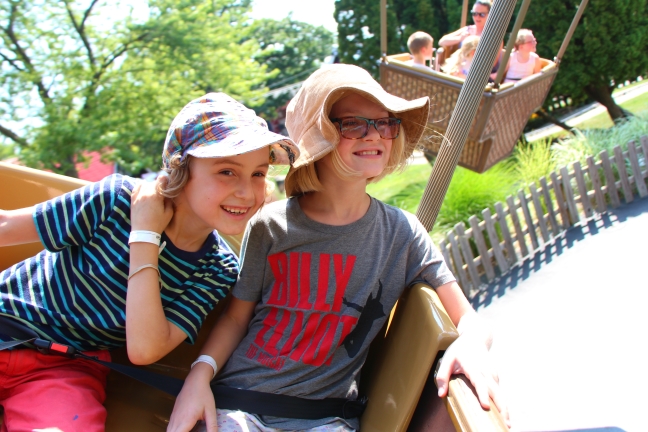 Santa’s Village is one of those kind of small, local-ish amusement parks similar to Indiana Beach or Michigan’s Adventure. Not having grown up in Chicago, I have never been to Santa’s Village, but I understand that some parents get a little nostalgic about taking their kids on the same rides they went on when they were little, such as “putting out the fire” on the firetruck:

It wouldn’t have done much for me to go anyway, since I’m not going near any roller coasters. Ollie is the daredevil of the family, and went on some of the big rides with Sara while Evelyn pulled a daddy and stayed firmly rooted to the ground, watching Alex and hoping they wouldn’t die.

The highlight was the X-Treme Elevator. He was excited at first, but when they got to the top Sara said, “Ollie, I think we’ve made a mistake.” “Yeah,” said Ollie. 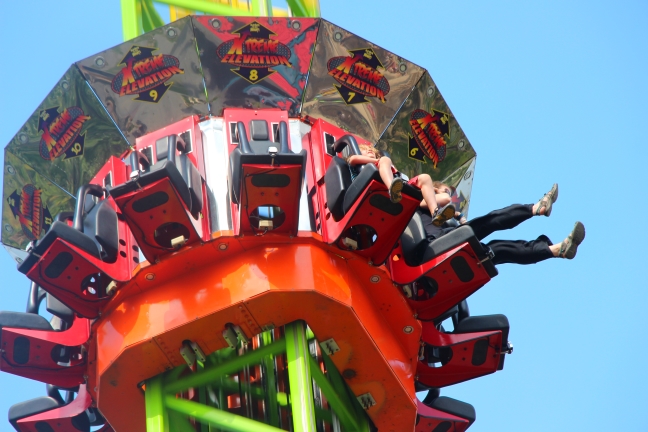 For Alex’s part, he seems to take after Oliver more than Evelyn in the sense that he *sobbed and sobbed* that he wasn’t allowed to go on most of the rides. 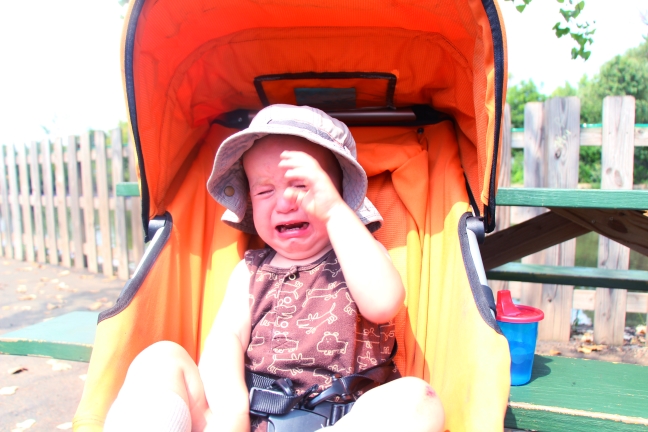 They did manage to find a few rides that were his speed, so all’s well that ends well. 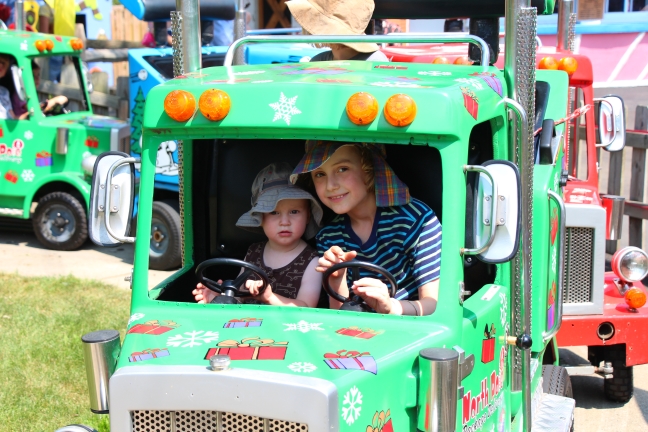