What to say about Ollie? He sure loves being goofy and making people laugh. 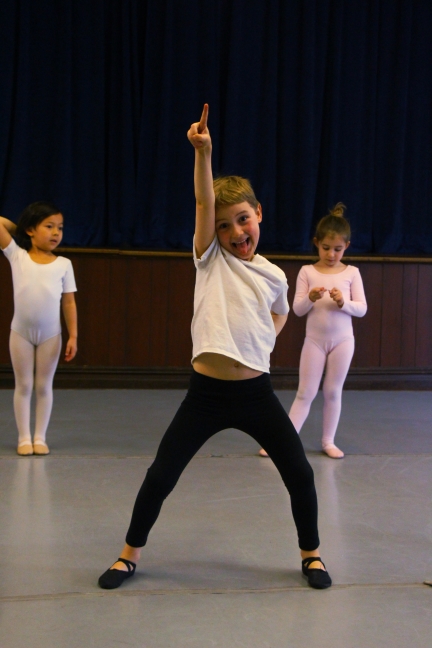 He is just a ball of creativity: he spends hours every day drawing pictures or constructing things out of cardboard and tape or anything else he can find in the house. Every day when I come home from work he has some new project to show me (the other day he made an “outfit” entirely out of plastic bags).

He will strike up a conversation with absolutely ANYBODY, so I don’t think there is a single person at his school who doesn’t know him. Seriously, it’s just kind of routine now that every adult says hello to him as we walk through the halls.

He loves looking “cool”, especially with his hat, sunglasses, and a jacket. He’s got this jean jacket that he inherited from Evelyn (who never liked it) and he thinks it makes him look like Michael Jackson. Believe me, he will show you his dance moves (Beat It is his favorite song).

Despite him being such a big kid (did I mention he can read now??), deep down he is still the same cuddly, sensitive little boy he has always been, and I hope I can protect that part of him from the world so that he never changes.