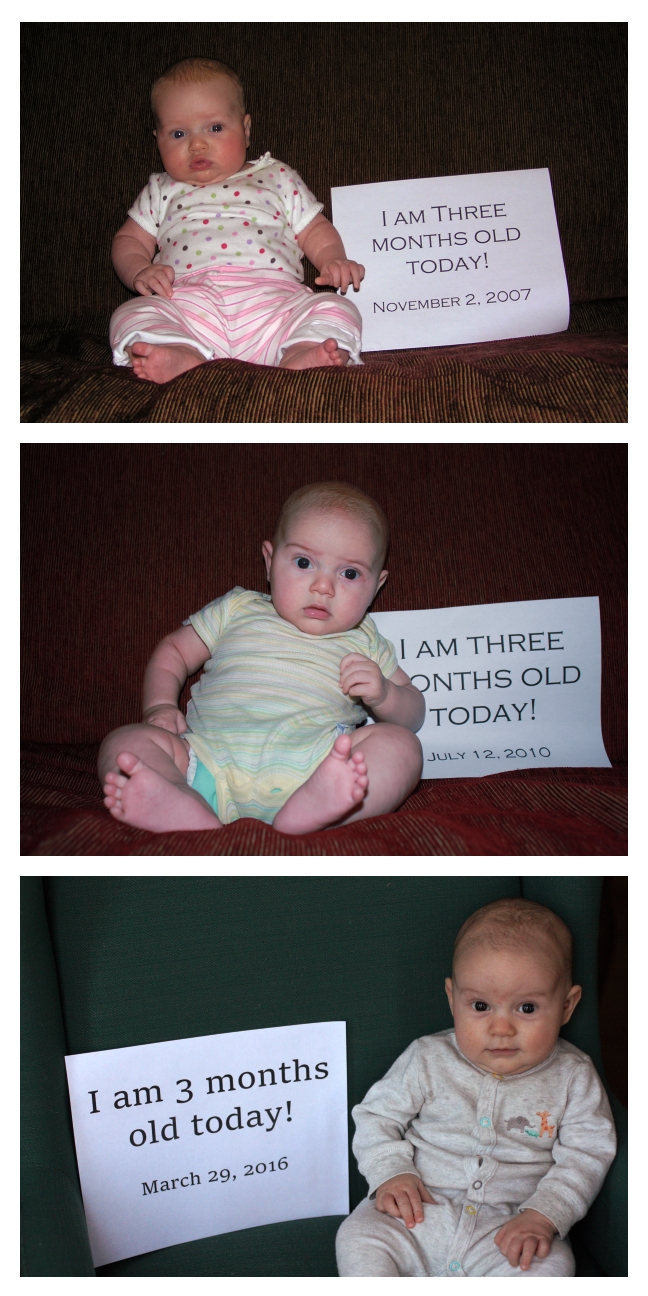 Evelyn, Oliver, and Alexander at 3 months

So Alex is 3 months old now (or, you know, a week ago when we took this picture). It seems like time is just flying by. The main new things he can do now are roll over and laugh. He’s very generous with his smiles, though a bit stingy with his laughs (though I’m not sure that means anything; Ollie was the same way, and look at what a goofball he turned out to be!)

In particular, his gross motor skills seem to be outstanding for his age. Aside from rolling over so early, he also can basically stand on his own if you hold his hands, and when he’s on his tummy he holds his head up perfectly like he’s just going to start crawling. Combine that with a strong will to go where he wants (he lets you know which direction he wants you to hold him so he can see better), and I think he’s going to be pretty early on the mobility end of things.

He’s generally pretty easy going, but certainly the best time to catch him is first thing in the morning. By about 6 pm he’s getting pretty grumpy, but he is very pleasant when he just wakes up.

He has very recently started waking up quite a bit more, especially early in the evening and from about 3 am – 7 am, and it seems to be one of those, “you know, all things considered, I’d really prefer it if someone just held me” kind of things. Hopefully this is just a (brief) phase we’re going through and not a “welp, our best days are already behind us and it’s all down hill from here” kind of phase, because sometimes you need 10 minutes without holding a baby (shocking, I know).