It’s time, once again, for our yearly tradition. Except this year, there was just one hitch.

If you recall, last year Sara promised Evelyn that she could run the 5k. Unfortunately, with Sara being hugely pregnant, the duty fell to me. 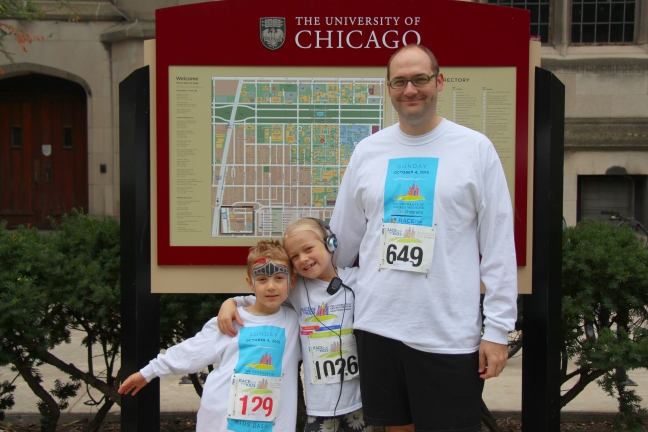 The racers, including Oliver in his “knight” makeup

I have to say that I had no ambition or desire to run a 5k, and I probably wouldn’t have even tried, except that if this tiny slip of a girl can do it, surely I can do it, right?

Of course, she had sweet headphones and a lightning bolt on her face, so it was kind of unfair to begin with. 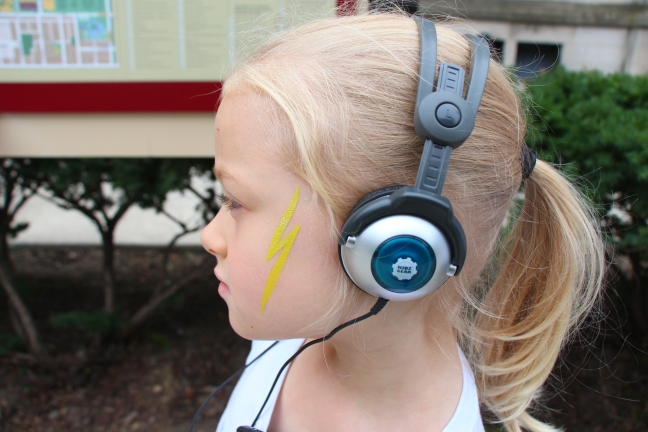 Evelyn and I practiced a couple of times, first for 2 miles, and then for 3 the next week. So we were as ready as we were going to be, and we set a goal of 45 minutes.

The day of, Evelyn was so excited she woke up at 4 a.m. 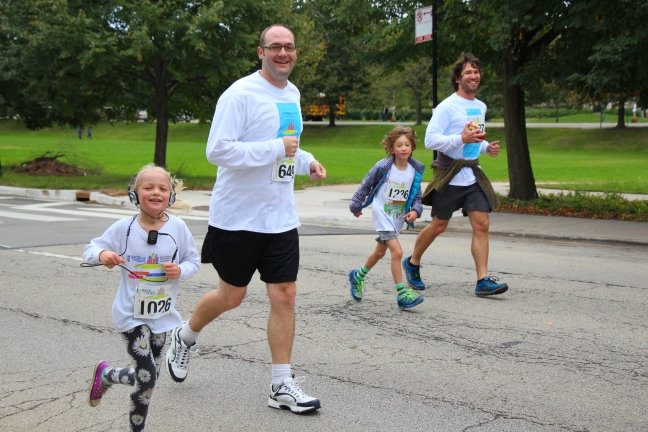 At the end, Evelyn couldn’t be held up by her old, out of shape dad, and she whooped my butt. 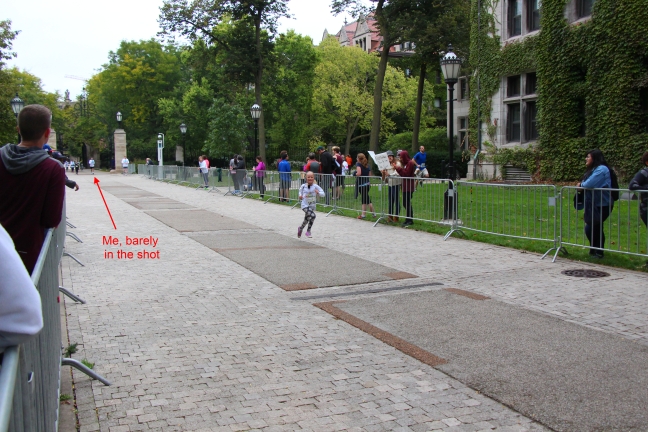 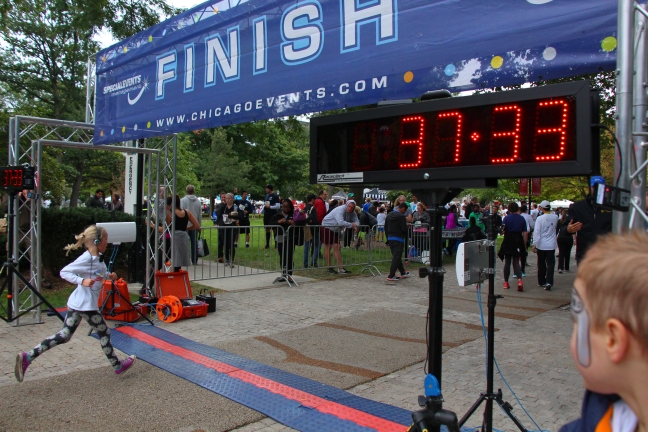 Afterwards, while I was walking in circles clutching my chest and trying to breathe up all the oxygen in Chicago, Evelyn decided to go run the kids’ mile, for funsies. This was on top of the mile we walked there, and another home.

Oliver also ran his very first race, running the mile all by himself. He was a little nervous at first, standing in the crowd at the starting line, but once the race got underway he was fine. 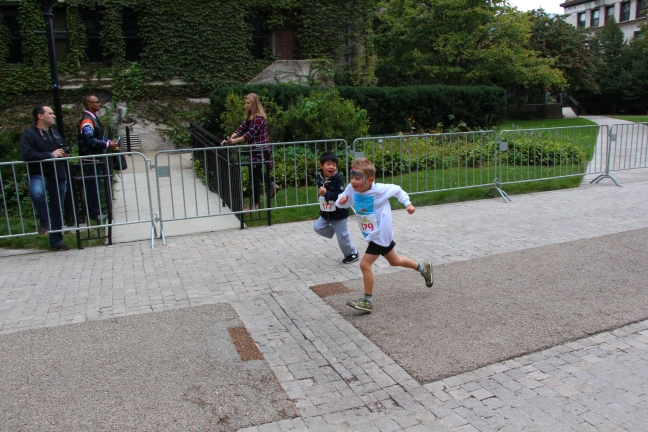 He was so excited after the race, and was telling us all about it. Some of the highlights:

We had some confirmation from a 3rd party that there was a bloody dead squirrel smeared all over the road (squirrel / dog, potato / potahto), and Oliver may well have jumped over it, because he was certainly able to describe it in great detail.

So, in the end, everybody got what they wanted: Evelyn got to embarrass her father, I got to not die, and Ollie got to jump over a dead dog.