In order to keep everything 100% scientific, I wanted the poll first, before the explanation, so as not to bias anybody. Naturally, once you hear my incredibly-correct explanation, your votes would immediately be swayed. 🙂 So if you haven’t voted yet, do that first, then come back here.

Sara’s understanding was that the O’s were hugs and the X’s were kisses. The O’s represented the big round circle of your arms, and the X’s are like puckered lips. My understanding was that the X’s were hugs and the O’s were kisses. The X’s remind me of crossed arms, and the O’s are like a big round mouth coming at you.

“What, are you doing big open mouth kisses? Gross!”

(Guess it depends on who you’re sending the note to, then!)

I guess I never really spent any time wondering if I had the X’s and O’s backwards, but since we’re currently just over 70% for “The O’s stand for hugs and the X’s stand for kisses”, I guess I’m wrong. Now that I think about it, neither X’s nor O’s really remind me much of hugs. But I still stand by the fact that mouths look more like O’s than X’s, even when not doing sloppy open mouth kisses. 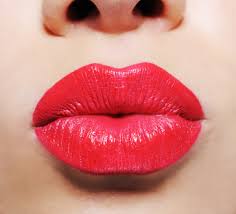