Oh yeah. One final thing happened in Costa Rica. My sister got married.

Now naturally, the most important issue of the big day was what should Shane Halbach wear to the wedding?

What does one wear to a beach wedding in Costa Rica?

I went with a hat, sunglasses, a pink shirt, and white linen pants like a boss. Apparently, great minds think alike: 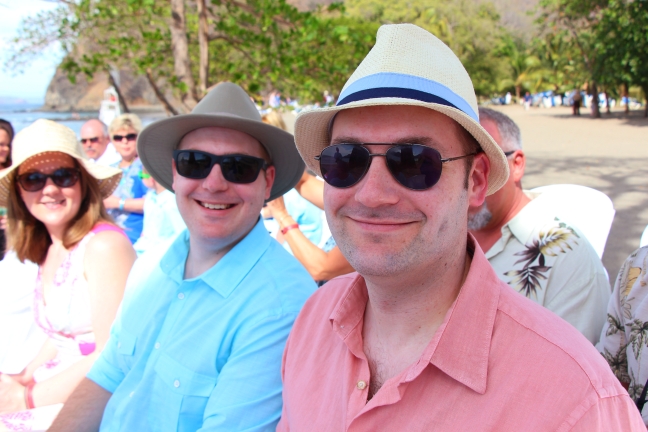 I was also rocking some impressive chest hair. ::wistful sigh:: I would have been so cool in the 70’s.

The resort handled everything, so all we basically had to do was show up. It was a bit strange with all the lookie-loos on the beach, but full service is full service.

Speaking of rocking something like a boss, here is my sister walking down the beach IN HIGH HEELS. 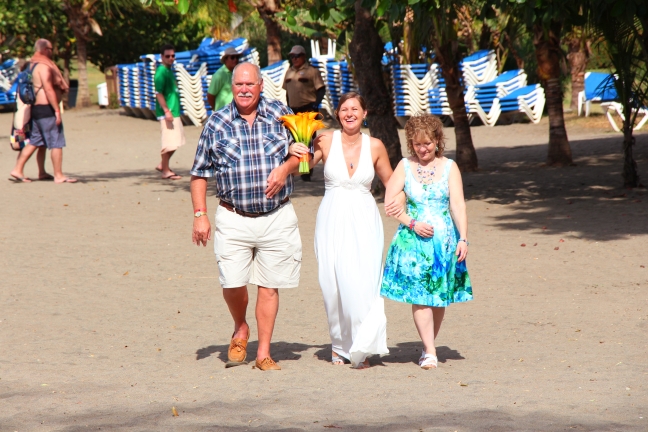 Here’s the thing you might not know about white linen pants: totally see through! (Well, *you* might know that, because apparently everybody knew that but me.)

I will not go into the details of my undergarments, but let’s just say that if your underwear shows through your pants, the solution is not to remove the underwear. I mean, you might think, “problem solved!”, which is kind of true, but also “problem created” if you see what I mean.

And believe me, you would see what I mean.

(I dug out some tighty whitey’s you animals. I can’t believe you looked that close.)

Of course, if you’re staying at an all inclusive resort, the reception is basically taken care of. 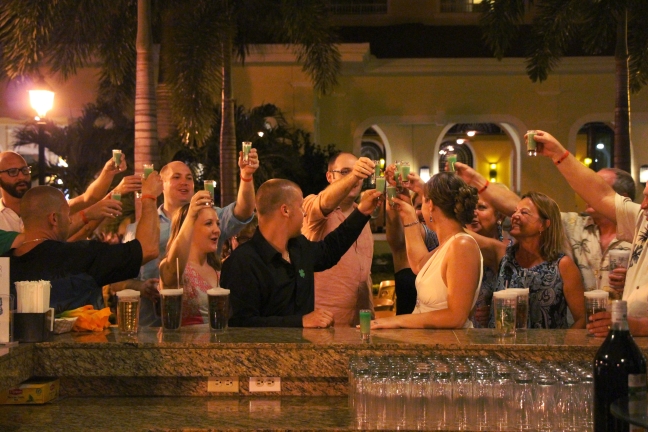 Now, not everybody can claim celebrities at their wedding reception, but was I the only one to notice a couple of crashers at the restaurant? (No, not Uncle Jim, behind him!) 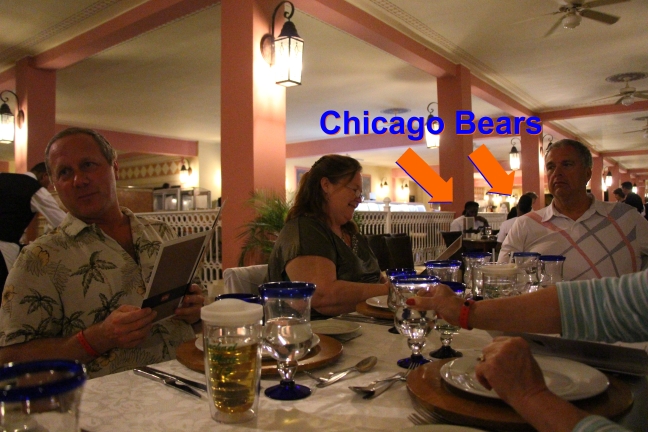 Turns out the resort happened to be hosting an event with a couple of Bears’ players. I believe that is Kyle Fuller and possibly Willie Young, or maybe David Bass. Celebrity wedding guests! (Not really.)

Unfortunately, it was a short trip for Sara and I, and all too soon we had to return to the frigid, fruitless, weak-sauce coffee real world to collect our kids. But we’ll always have our memories (plus commemorative cups!)