The Unidentified Funny Objects anthology is now out, including my story “The Lesser of Two Evils”!

I tell you, it never gets old holding a book in your hand with your words in it.

That’s right, one of the “masters of the genre”, right here:

Available in paperback or for kindle.

I am VERY excited to announce my story “The Lesser of Two Evils” will be appearing in the Unidentified Funny Objects 5 anthology from UFO Publishing. 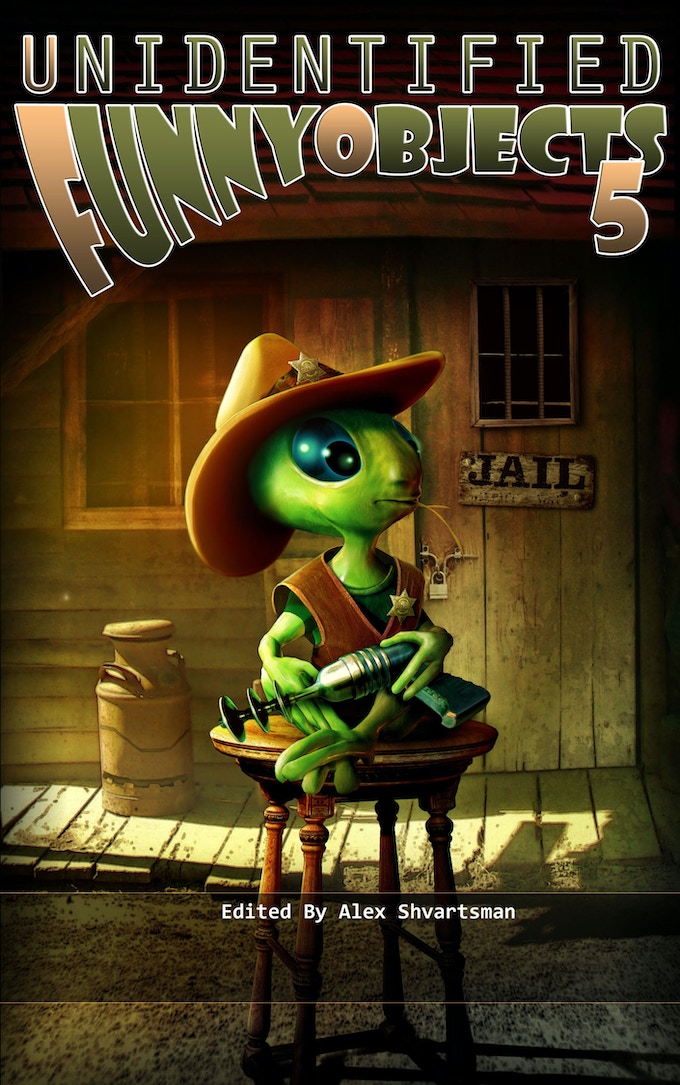 I don’t normally write specifically to target anthologies, but I write something every year for UFO. Several of those stories have gone on to sell elsewhere, but not to UFO. I like to think of myself as a humorous writer, so the more I got rejected, the more determined I was to get in. Like, “Okay, you think you can write funny stuff? Well, prove it, beat out everybody’s funniest stuff.”

I’m so excited for you guys to read this one. I think my story is hilarious (is there a Giant Ego anthology? Because I’d totally be in it.), and I know Alex does a great job with these anthologies, start to finish.

Link when it is available to purchase.