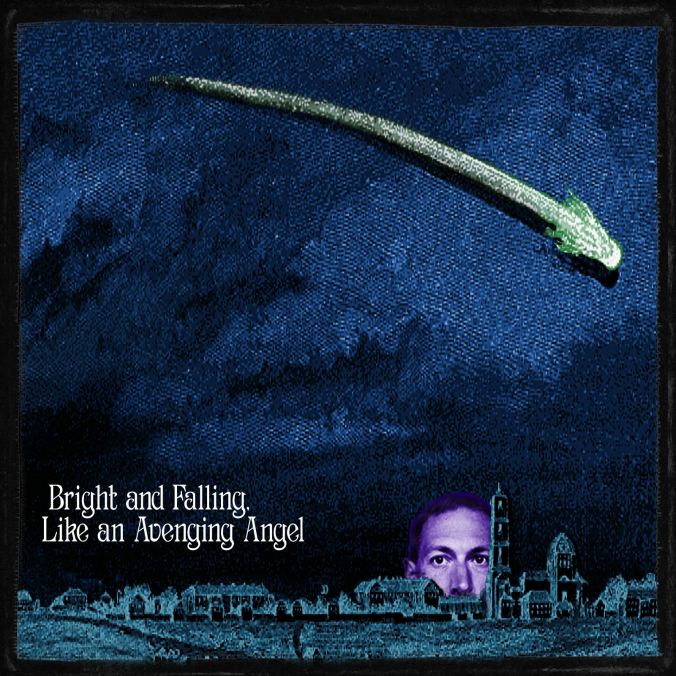 (OMG a purple HP Lovecraft peeking out over a small town!)

This story was previously available in print, but I’m VERY please to say they have produced it in audio as well! I am always happy when I can share a story for free to a wider audience!

As long time readers know, I love the horror genre to death, but I write precious little of it these days. So if you’re in the mood for something creepy, see how this strikes you:

It’s an alt-history, steampunk (ethanol-punk?) Civil War / Lovecraft mashup in epistolary format. So if Civil War-era mechs battling tentacle beasts from space is something that sounds like it will appeal to you, 1) you should check this out, and 2) you’re my kind of person.

In the spirit of past Christmas videos (like the still-awesome Nicholas Was), I present to you Twas the Night by Norm Sherman of the Drabblecast.

I recommend listening to the audio, but if you prefer, here it is in text format:

‘Twas the night before Christmas, when all through the edifice
Not a creature was stirring, neither mouse nor St. Nicolas
The stockings were hung by the aperture gaping
Where smoke, in it’s wisdom, had ‘ere been escaping

Once a learned professor at Brown University
My great-uncle had often, in secret, conversed with me
In his study at night, over manuscripts moldering
With a pipe at his lips, always lambent and smoldering

All that research of his, into cults esoteric
Strange symbols and glyphs and arcane numerics
Of that Dutch survey crew and their frenzied report
Of a vast arctic city filled with sunken faced dwarves

And that journal recovered from one ‘Ensign Lamar’
Which references “He that rides beasts through the stars”
Gloaming and heaving with corpulent dread
Bloated, batrachian and covered in red

And then there’s the relic in my uncle’s display:
A 4-sided top carved of wood, or some clay
With symbols engraved into each of its sides
That surely must tell of coming end times

With some alien ululations in a primordial tongue
He froze me in place, and unable to run
I was forced to bear witness to things vile and foul
So unspeakably horrid I can scarce speak them now

Cacodemoniacal laughter I heard from my roof
And the lumbering clomps of thick octopoid hooves
Then repugnant and hoary, his stench filled the air
While he writhed down my chimney as I watched from the stairs

He spoke not a sound as then off from his back
He heaved up that thick throbbing cyst of a sack
And from it a stench came so charnel and dense
That I nearly passed out when he drew from it thence:

An Amazon Kindle, and a few pairs of nice socks
A sweater, a tie, and Call of Duty: Black Ops
Law and Order Season V on Blueray DVD
And an espresso machine,…hope he kept the receipt

Then all at once swung round this tenebrous being
And with dark ancient eyes of unfathomable seeing
Their biliferous blackness spanning eons extinct
Revealing my own maddening fate, with a wink

Stephen King and H.P. Lovecraft (most famously known for the cthulhu mythos) are two of my all time favorite authors. They are similar in the sense that they are both extremely famous horror writers who are widely acknowledged as masters of their craft and legends in the horror genre. However, it occurred to me the other day that the similarity ends there. Within the horror genre, they are at absolute opposite ends of the spectrum.

Mr. King’s genius is in capturing the “every man”. He is so good at capturing a slice of life, painting a picture that is so ordinary, that you’re absolutely sure it could be you. The horror is that it could happen, really honest to god could happen, and close to home too. When you read a Stephen King story, you kind of feel like the story was written by a nice guy, a friend of yours, to whom you can relate.

Lovecraft is the opposite. Somehow he’s able to capture something so awesome and alien that your mind shudders to comprehend it. Lovecraft’s horror relies on a sense of majesty, a sense of wonder. The horror is that it’s so big and alien that there’s absolutely nothing you could do about it. In fact, there’s nothing anyone could do. Lovecraft doesn’t disrupt suburban “every man” utopia by bringing the story into your home, he destroys your home, the world, and everything in it. When you read an H.P. Lovecraft story, you kind of feel like the story was written by an alien in human skin, or, best case scenario, a strangely lucid lunatic.

King’s heroes are every men as well, the duty usually falling to kids, housewives, or middle-aged, small town sheriffs. Lovecraft has no heroes. In a Lovecraft story, you’re the hero if you survive, period (with or without sanity intact). That’s really the best you can hope for.

So both are frightening for their own, very different reasons and I wonder if anybody enjoys both ends of the spectrum as much as I do?

I guess the take away is that the horror genre is as wide and deep as the tentacle of great H’chtelegoth himself.

If you’re not doing anything this Saturday, why not check out the H.P. Lovecraft Memorial and Ice Cream Social. (Get it? Irony.) And the coolest part? It’s right in my neighborhood. Here are the particulars:

The stars are right for the return of the H.P. Lovecraft Memorial Ice Cream Social! Hear tales of unspeakable horror, see (and possibly win) forbidden tomes and strange artifacts, and partake of frozen confections colder than the howling void!

Unfortunately, I won’t be able to attend, but H.P. Lovecraft is one of my all time favorites and can’t be beat for sheer creepiness. So if you’re in the neighborhood, why not stop in and have some ice cream in celebration?